If you’re coming over from first-person shooters like Call of Duty or Battlefield, it may be tempting to play Fortnite as just another shooter. It’s certainly possible to achieve Victory Royale by blasting your way to the top, but skilled Fortnite players know that mastering the game’s building mechanic is the key to getting consistent wins.

The first and most important strategy is to know and master your building controls. PC players do have a slight leg up here; having the keyboard allows players to bind each individual structure to a specific key. This allows for quick, rapid-fire building. On console, switching to and learning the Builder Pro control scheme early is a must. Similar to PC, this binds each type of construction to a specific button press, allowing for building on the fly. 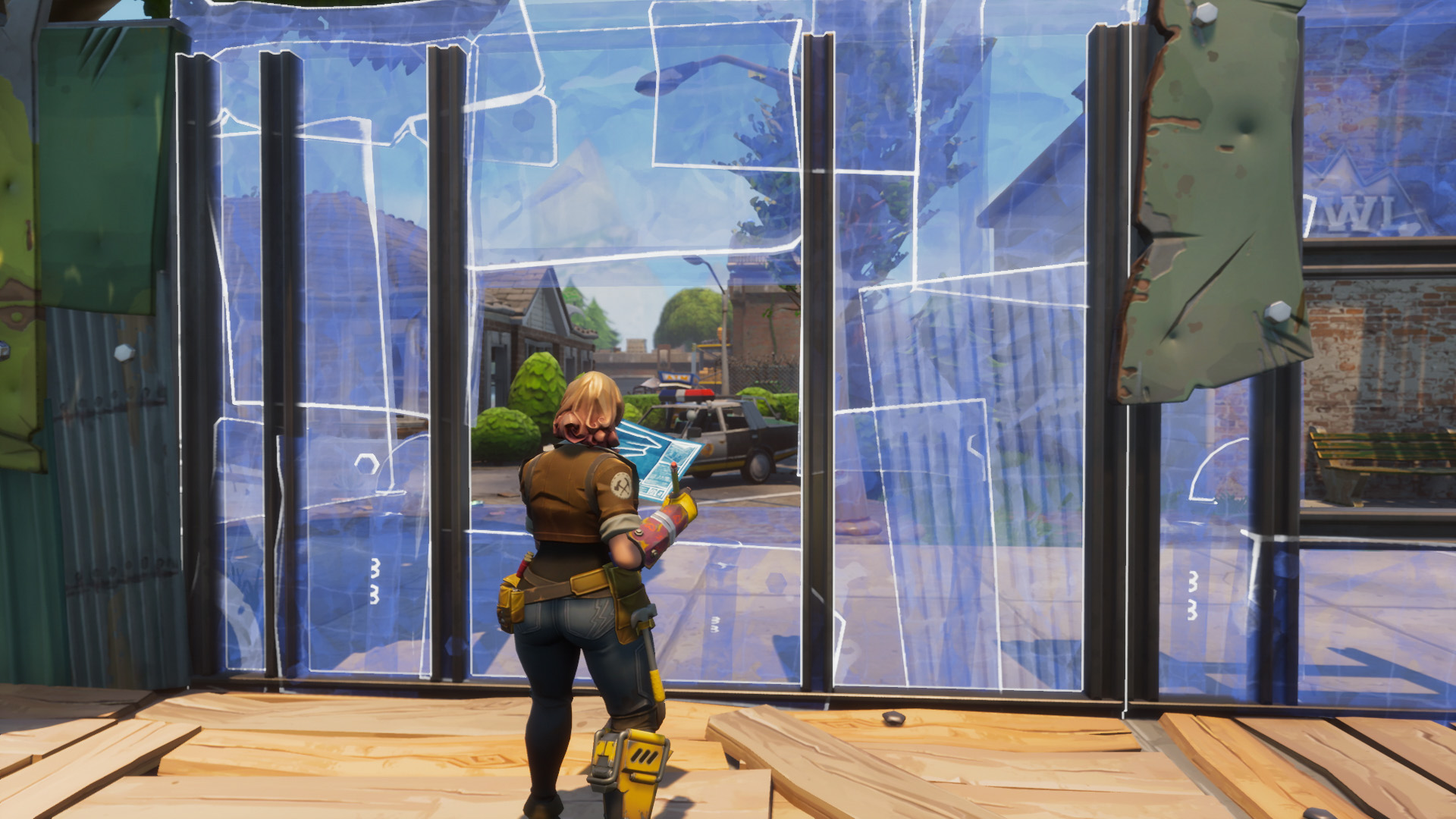 So, why is fast building so important? When you run into another player and the bullets start flying, your first instinct might be to start shooting back. Returning fire might seem like a no-brainer, but if you train yourself to build first and shoot later, you’ll be cultivating a habit that will get you much further in the game than relying on firepower alone. Throwing up a quick wall when the bullets start flying puts an extra layer of defense between you and your enemies, allowing you time to regroup and equip your best weapons for a counterattack, or giving you the opportunity to flee to safety if needed.

You can even take this strategy one step further by throwing up a ramp on top of the wall that you just built. Like Obi-Wan Kenobi, using ramps this way will give you the high ground, allowing you to fire down on your enemies before retreating back behind the defenses of your wall. 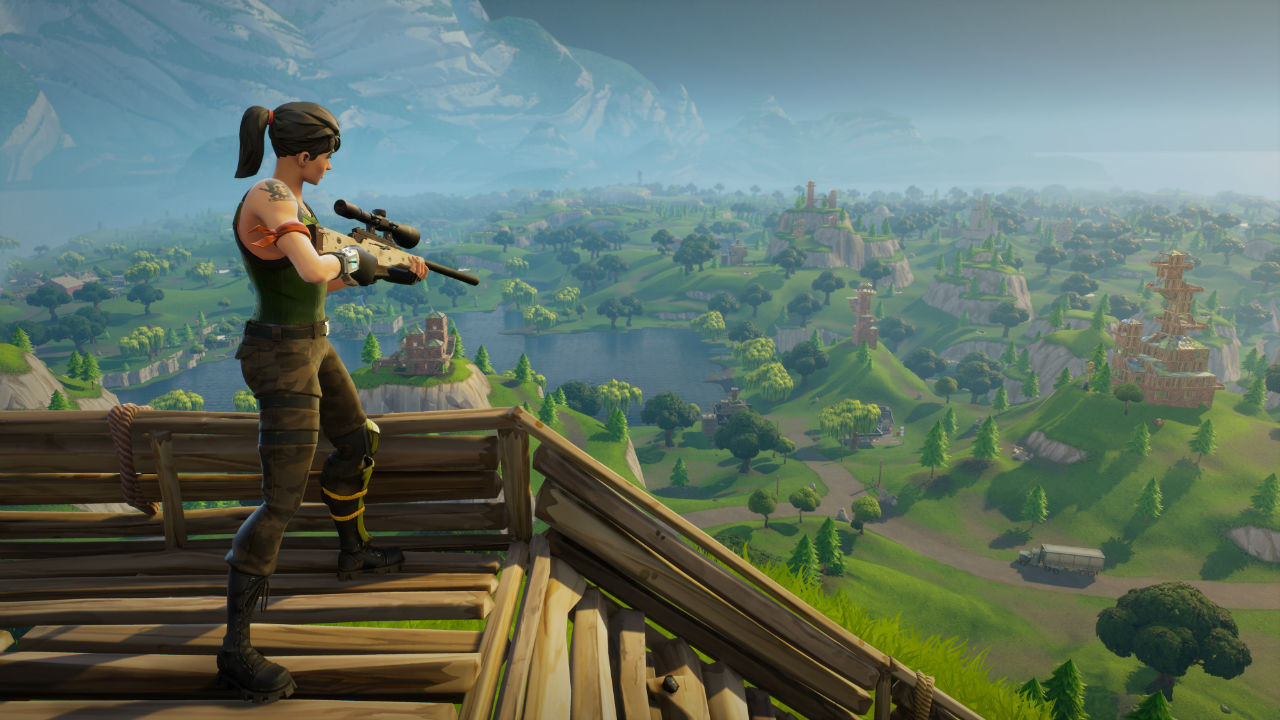 One of the keys to creating quick builds like this is having a good pool of supplies on hand. Your pickaxe is your best friend. The second you land, in addition to looking for chests and weapons, your first order of business should be to equip your pickaxe and start breaking down anything in arm’s reach. The last thing you want is to be caught in the middle of a battle with no supplies to create defenses.

Building supplies themselves also have their own advantages and disadvantages. Wood is weaker than other materials like metal, but allows for faster building. When it comes to those unexpected encounters where fast building is the difference between life and death, wood is the material you want on hand to throw up those quick defensive walls. Steel and brick can take more hits than wood, but they’re slower to build. Though they are useful for a wall in a pinch, they really excel when it comes to building forts. 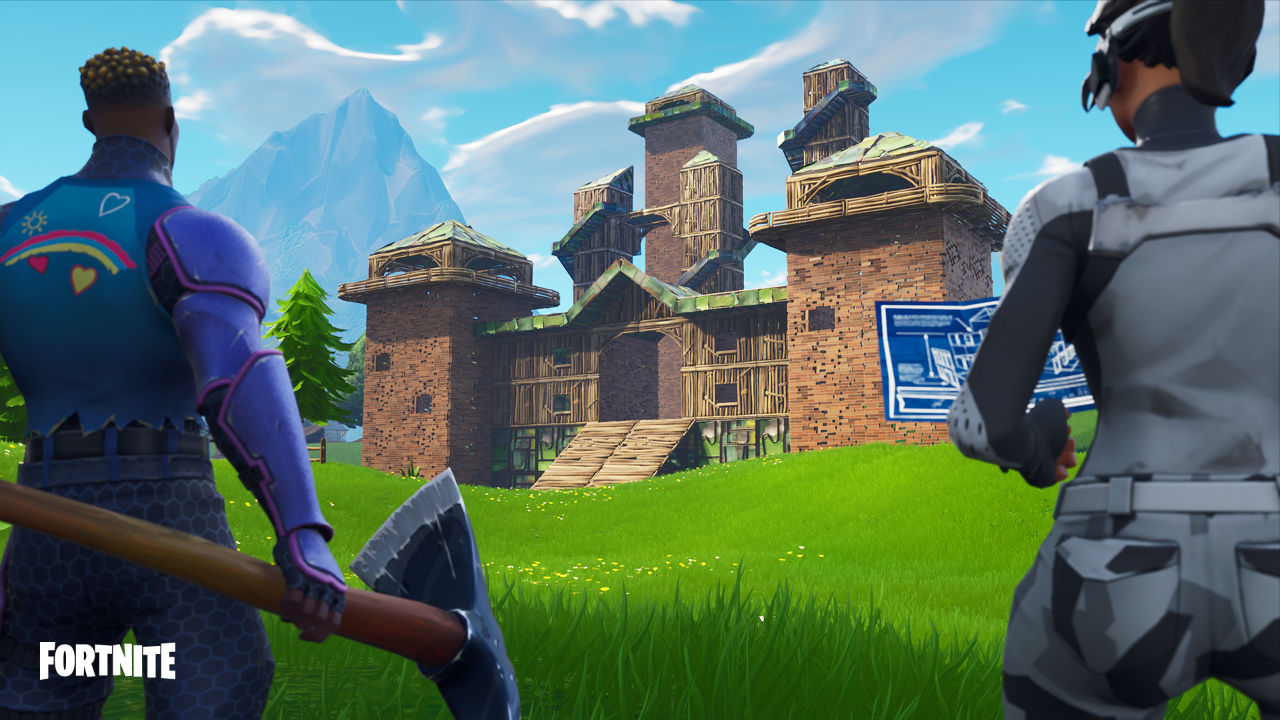 Forts will start to spring up late in the game, when the storm closes in and the field has been narrowed down to a handful of players. It might be tempting to build your defenses early in the game and hunker down to wait out the battle, but unless you get lucky, chances are you’ll be pouring time and materials into a bunker that you’ll have to abandon as the map gets smaller. You may have the best fort in the game, but it isn’t going to be of any use on the other side of the storm wall. A more prudent strategy is to stockpile materials and wait until the map closes in before starting to do any serious building.

When that time comes, good defenses are key to making it through the last chaotic moments of a battle. In those final moments, building a fort can prevent enemies from sneaking up behind you and allow you to attack enemies from the safety of your own defenses. This is when you want to start building metal or brick walls, traps, and ramps to create your last line of defense. As stated before, making sure you stockpile enough materials throughout the game is essential to making sure you aren’t caught without supplies in this essential stage. Good fortifications at the end of the game can mean the difference between Victory Royale and a frustrating third place finish.

Someone once said that the best defense is a good offense, but in Fortnite, the opposite tends to be true. Players who learn the art of defensive building and master the techniques outlined above will also become masters of the battlefield.

Fortnite revs up for Paradise season on Sept. 18