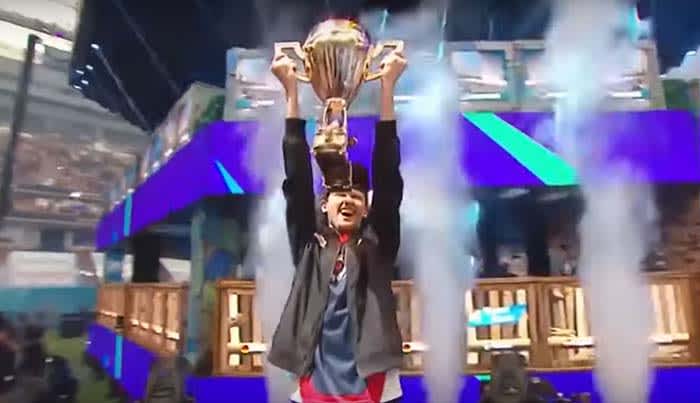 The much-hyped Fortnite World Cup has come to a close, treating Fortnite players around the globe to an epic live finale filled with tense gameplay and major surprises. With a $30 million prize pool at stake, viewers from around the world tuned in to see who would take home the coveted title and be crowned the best Fortnite player in the world. Here’s a recap of the tournament, and a look at the surprising winner.

You can watch the full final match below:

More than 2 million viewers around the globe tuned in to watch the culmination of the Fortnite World Cup. In the spotlight was the coveted Solos title, and a $3 million dollar prize for the champion. Fortnite players will be familiar with the format: players accumulate points based on wins, eliminations, and more. The winner is the player with the most cumulative points; so even if players lost a few matches, they still had a shot at the title.

Among the players in attendance were major names in the Fortnite world, such as pro-gamer and streamer Vivid, as well as relative unknowns who had qualified simply by playing from home. Chief among these unknowns was 16-year-old Kyle “Bugha” Giersdorf of Pennsylvania. He soon caught many eyes as he opened the competition with a strong start.

Bugha won his first game and placed high in his next five, netting him a strong point lead right from the start. In addition, Bugha accumulated more than a few eliminations in those matches, which gave him a commanding point lead and kept him in the top spot throughout the day’s competition.

By the time the day’s last game rolled around, Bugha had such a major lead on his competition that it was all but impossible for him to lose. The final total put Bugha at a 26-point-lead over his second-place competition. The teenager took home the grand prize as well as the title of best Fortnite player in the world. Man, what would you have done with $3 million at the age of 16?

Though Bugha took home the top prize, the second and third-place finishers also took home some hefty sums: second-place finisher Psalm walked away with $1.8 million, and 3rd place finisher Epikwhale won $1.2 million. If you missed the tournament live, check out the video below to see Bugha in action:

It’s apparent that Bugha’s about to make the jump from a relatively unknown player to a major star. He’s already booked interviews with the likes of Jimmy Kimmel and has become a household name among Fortnite players. It’s easy to see why: Bugha stays calm under pressure and plays like a true professional. Oh, and about that screen name? “Bugha” was apparently the name that Giersdorf’s grandfather used to call him as a baby to make him laugh.

Though the Fortnite World Cup might be over, the world of Fortnite is still teeming with activity. The much-anticipated Season 10 has finally dropped and is bringing some big changes to the game landscape including time travel. Check back with Softonic for all the latest Fortnite news and weekly challenge guides.